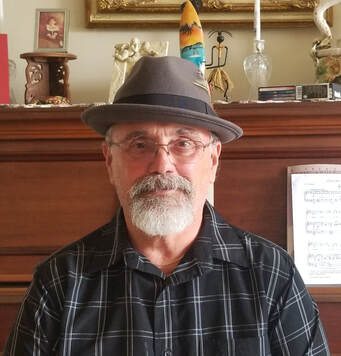 ​ Mike Wenck hails from Baltimore, Maryland. After graduating from high school, he joined the Navy and moved to San Diego. Mike spent 10.5 years active duty and then another 11 in the Naval Reserve. He retired from the Naval Reserve in 1993 and worked as a government contractor testing computer systems for the Navy. Mike has been blessed with a wonderful wife of 37 years, two beautiful daughters and a beautiful granddaughter. Mike enjoys fishing, baking bread, taking care of his granddaughter and of course singing!

​   Mike sang in the school choirs until the 10th grade when he transferred to a vocational school that didn’t offer music. He never lost his love of singing throughout the years. Mike joined Pacificaires and Cedar Center Choir after learning about them through a member of the choir, Jane Hoey in 2018. Singing with the choirs has rekindled his joy of singing. He looks forward to many years of making wonderful music with his fellow singers.
Ellie Vivino - Vice President and Webmaster 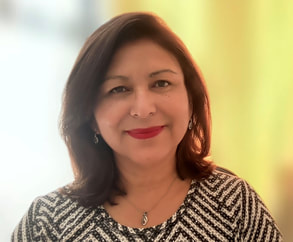 Brazilian-born soprano Ellie Vivino credits her ongoing musical learning and education to all music directors, pianists, singers and music enthusiasts she met over the past four decades. She has been singing under the guidance of Eunice Williams since when Eunice was the music director of Singsationsand Melodiers. In 2004, Ellie joined Pacificaires and Cedar Center Chorus. She created our first website Eunicewilliamsconducts (now closed), managed our publicity and created PowerPoint presentations for our concerts. Due to her husband’s relocation, she moved for a couple of years to Singapore where she joined local choir groups but continued managing our publicity online from far away.


Her memorable performances to name just a few include: Messiah by Handel in New York City with our group and Messiah, Portuguese version, with her very first chorus group in 1976 in Brazil; our own music exchanges with France and England; and The Lord of The Ring, 3-hour movie concert in 2013 in Singapore.  Ellie taught Portuguese at UCSD Extension (from 1999 to 2001) and continues to teach Portuguese privately. Currently she creates video clips and marble artwork.
Pam Baldwin - Secretary 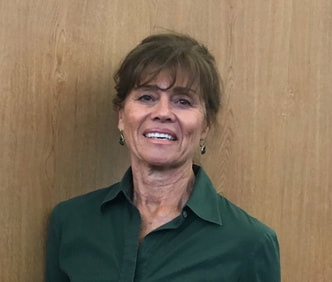 ​    Pamela Baldwin studied foreign language ​and linguistics at the University of New Mexico, but became a career wife and mother of 4, one boy and three girls. She spent 20 years as a school volunteer, and a soccer, ballet, surf, and gymnastics mom. The Jane Fonda era found Pam, a long time jogger, teaching aerobics and fitness for a corporate wellness company. She worked as an office assistant for the Del Mar Elementary School District until 2012.

Pam joined Pacificaires after her retirement in 2012, influenced by the enthusiastic recommendation of her friends and fellow tenors, Jan and Robert MacMillan. She began attending Cedar Center for more practice and because it was such fun. Ten years of piano lessons (thanks, Mom), lots of singing along to old musicals, and occasional neighborhood Christmas caroling are Pam’s only music background. Learning to sing parts has been an exciting challenge, but hearing the songs come together as the group works on them makes all the effort worthwhile.